In the morning there was a real Council in the apple orchard: young Sorceress, House Number Six, Lilliputians-Giants, old Sorceress, and Owl.

Young Sorceress delayed the beginning, as if she was waiting for someone. Friends were worried, what if she had suddenly changed her mind to fulfill their hearts’ desires and was just figuring out how to put that into words so no one gets hurt.

– We are waiting for one more guest, – young Sorceress calmed everyone. – He’s a little late, but you’ll be just happy to see him.

At that moment, appeared Heavenly Master, a little embarrassed by so many guests, that had gathered in the apple orchard at a long table. 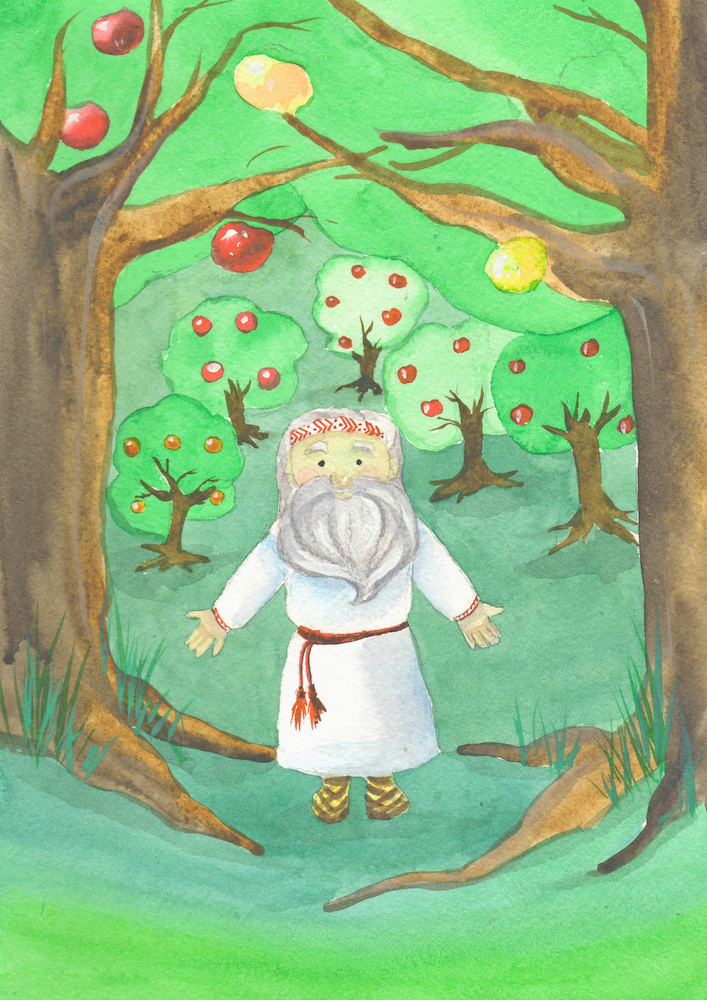 Friends jumped from their seats and rushed to hug him. Even wise Owl could not stand it, she flew over the table and sat down on his shoulder. Everyone had missed each other and they were glad to meet again! There was a backlog of work in the Magic Forest, and all its inhabitants were eagerly awaiting for Heavenly Master’s return.

When everyone had calmed down a little, young Sorceress invited friends to return to the table to begin the most important Council of their lives. Even Sunny sent an official Beam there.

– Dear friends, – she began – We are here to understand how can we make most cherished desires of our hearts come true. But first, we need to ask Heavenly Master does he have a heart’s desire?

Heavenly Master stood up and said in a low voice: “It has been long since I left Magic Forest. First, to restock necessary tool. Then, after I had seen a beautiful city, I became interested is it possible to build such wonderful houses for everyone in our Magic Forest. I wanted to build a beautiful castle and locate a beautiful park with fountains and patterned wooden benches around it, and the Castle doors should be open to all the inhabitants and big one and small one should feel good there. But no way I could return because every castle should have a loving and caring hostess. Therefore, my heart’s desire is to find the perfect mistress for my castle in Magic Forest.

There was silence at the table. It could be heard how thoughts ran and stumbled in the minds of Lilliputians-Giants, how they assembled into intricate patterns in the minds of old Sorceress and lined up in orderly ranks in the head of wise Owl.

The first to laugh was the official representative – Sunny Beam.

– I know how to help House Number Six and Lilliputians-Giants get to the Island to Mouse and Gnome. And other wishes will be fulfilled by themselves, as if by magic, I think, – he said.

It’s so good when real friends get together. In moments like these impossible things becomes the most common, and wishes come true by themselves.

Sunny Beam invited a storm Cloud, because the task would be much more serious: a small Cloud, even the most powerful, won’t be able to put House Number Six and six Lilliputians-Giants into the air.

Heavenly Master made a large lifting device. He had really learned a lot. On the platform stood House Number Six, and he was fastened tight with Sunny Beams. Lilliputians-Giants stood side by side holding real safety ropes, made up of the same Beams. Master pressed the button, and the mechanism began to lift friends into the air, like a real elevator, up high, to storm Cloud itself.

Sunny had showed direction, and storm Cloud set off. Sorceresses, wise Owl, and Heavenly Master waved them from the ground. Master was very glad that his new skills appeared so useful to friends. 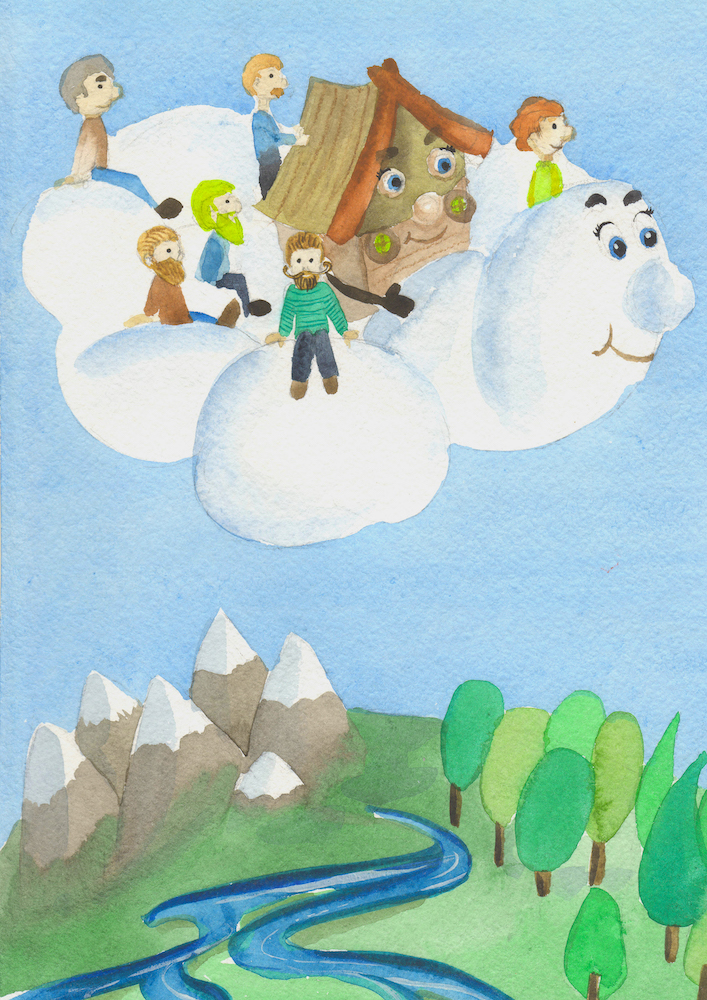 After seeing storm Cloud off, young Sorceress led everyone to the room where she was working. Everything was already prepared for their arrival. The room had four large and bright windows from floor down to ceiling.

In the middle there were standing two massive tables. On one lay an open book, in which all the roads and paths were marked. There was a perfect view from the windows on all four corners of the world, so even the smallest path could not go unnoticed.

On the other table lay an open book with dazzling white sheets. Next to it stood a massive inkwell and a set of quill pens, which had already been prepared for writing by Heavenly Master.

Old Sorceress and Owl were touched by such trust and care.

– I am going to watch the roads and paths carefully. If someone needs my help, I can turn any problems into tiny lily-puzzles. Then they stop puffing up from their own importance and one will be able to crack them like nuts, – said old Sorceress.

– The main thing is not to spill magic drops, – Owl joked. – Then you can get lily-puzzles with really big feet, and to solve them you will have to work hard to catch them.

Owl also thanked young Sorceress and promised to write the kindest fairy tale about the adventures of House Number Six and his friends.

Heavenly Master and young Sorceress said goodbye to their friends, to beautiful apple orchard and, taking Sunny Bunnies with them, accompanied by beautiful butterflies, they set out on their journey. They walked along the path to Magic Forest and discussed how many towers will there be at the castle, which trees will grow in the park, and what festivals will they arrange for all the inhabitants – big ones and small ones.