The Dwarf loved his House very much. He was very kind and lovely. Once upon a time down the sandy path the Dwarf met with the House, who was looking for the Sun.

At that time the Dwarf and his family were hiding under a big penny bun cap. It was constantly raining from the cloud, and the supernal Master was still in the Blue Land, in which he had gone for the golden threads for sewing up the flank of the cloud.

The House was trying to escape from the rain as it got very drenched and even its wellingtons were tired to keep it safe from the flows of water. It was very bored with the travel alone and got almost sad, but then it suddenly noticed four Dwarfs under the mushroom. That’s how they met. The House told that its name was “Six”. It itself came up with its name not to forget his friends Giants-Midgets who built it.

House six was very strong and kind and that is why it invited four Dwarfs indoors not to get wet under the leaky cloud. Then they continued their trip together. They had plenty of adventures on the way, but they finally found the magic hill with the Golden Flower.

The Dwarf loved his family very much but when his relatives were getting ready for a long travel, he decided to stay with his friend House six down the hill. A small and very brave Mouse soon joined them.

The Sun, which went through the round windows, woke up the Dwarf in the morning and tickled his heels. 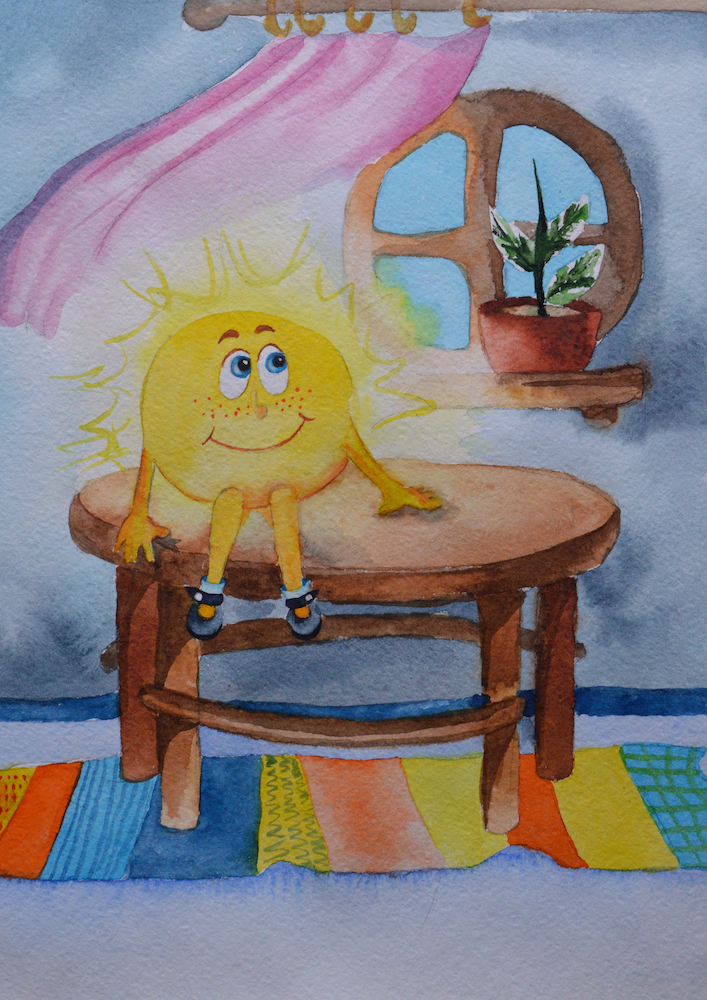 When he usually opened his eyes, the Sun was already sitting on a big dining table and dangling its feet. And then the Sun usually woke up Dwarf’s best friend Mouse, who lived in a mink under the plinth, hugging the Mouse with its warm rays.

The Mouse did not have her own small round window, through which the Sun could go. That is why when the Dwarf got up, the Sun usually got off from the dining table, tiptoed to a little mink and all its rays glinted inside.

While the Sun was waking up the Mouse, the Dwarf usually climbed the magic hill and brought his friend a golden Tulip. 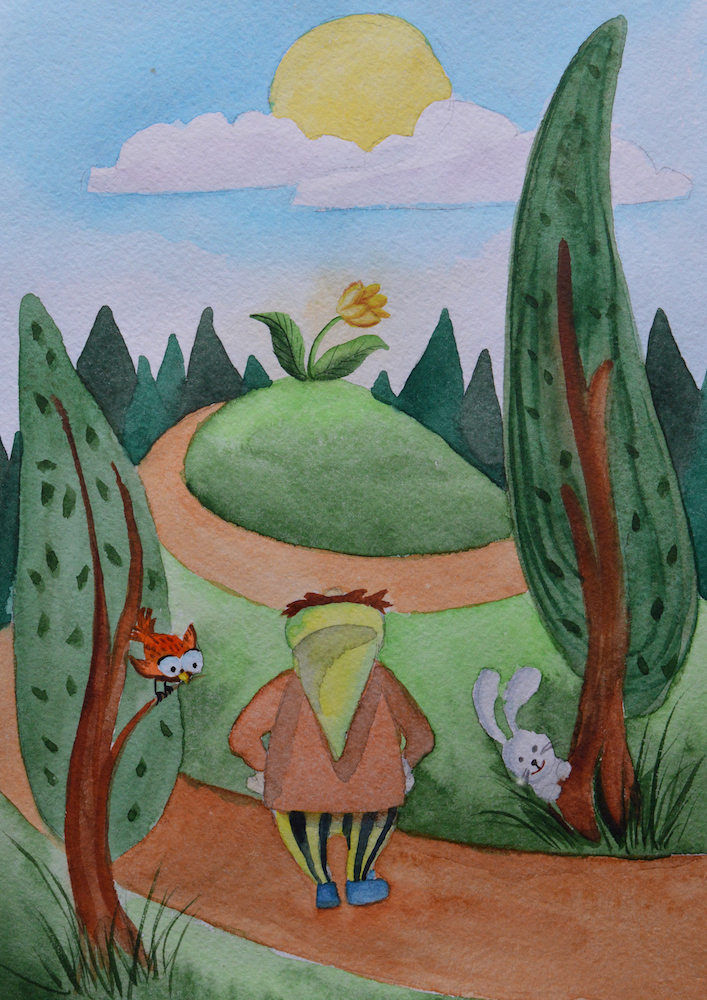 At first the Mouse often got embarrassed just like a real little girl, but then she took the most beautiful vase, filled it with the crystal water from the stream, which run gaily near the House, and put the magic flower in water.

It was blossoming slowly in the vase all day. And then by the evening it usually turned into the golden pollen and went around House dancing, filling it with the evening light, reflecting evening glows of the Sun. All of them: House six, the Dwarf and their friend Mouse loved this time of a day very much. It seemed that they were filled with the magic light and became a little, just a little bit, magicians.

The Dwarf, his friend Mouse and House six began every morning with the Sun and the Magic Golden Tulip.