In the Blue Land House six was located on a mossy hill in the Magic Forest.

Once the Giants-Midgets built the House in the silence and coolness of the Magic forest, away from the stranger’s eyes. Every Giant-Midget had his own round bed in the House,
but nobody had a bath and even a washing stand. Sometimes they washed up with the morning dew and summer rain.
Do you wonder why they had such a name and why they made the round windows? It is a very interesting story: the fact is that they were the giants and had big hands and feet, but they built a very small House for themselves. They were bad at mathematics and they failed to calculate the length of the logs correctly. 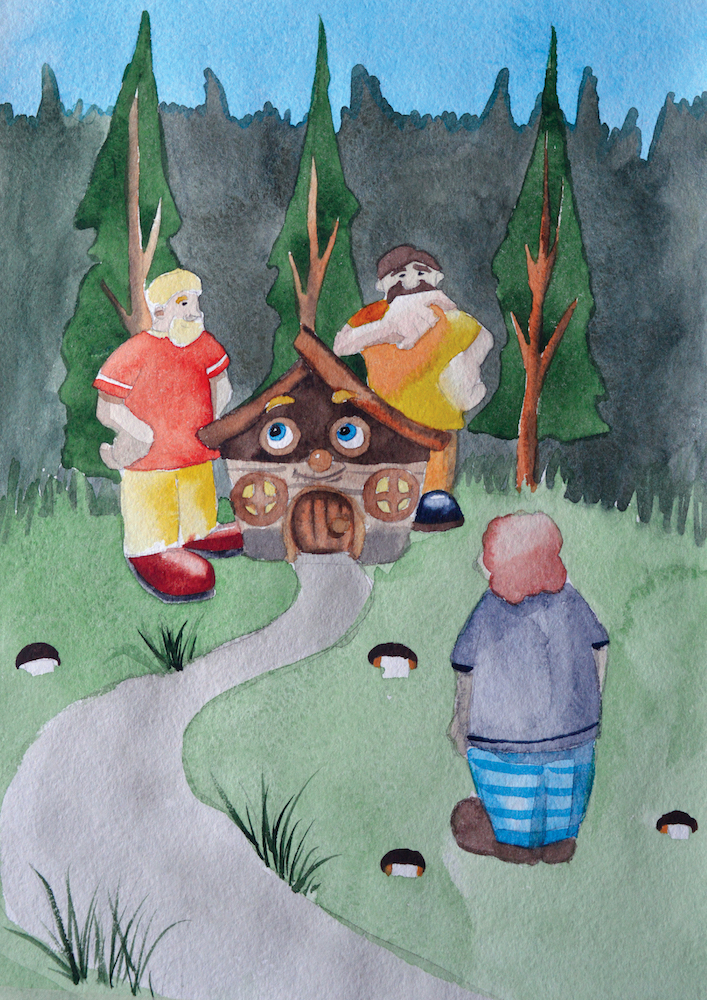 When the House had been already built, six Giants understood that they could not get into the House. Then the wisest of them suggested that they should visit the Magician. Then she gave them the Blue Water to drink.

And now, as soon as the Giants approached the House, every time they became very small and now they were able to get inside it.

But the Magician was old and when she was giving them the Blue Water to drink, a little drop fell to the ground. That is why every time when the Giants turned into Midgets, every part of their body became small, except their feet. They no doubt looked very funny: the Midgets were no tall than your little finger, but they had the BIG feet.

After all they cut the round windows to get into their House. There were many windows, more exactly- six. The bare heels of the Giants-Midgets stuck out from the windows by night when they were asleep in their beds indoors.

The Giants-Midgets lived in the House for a long time, but the cleverest of them thought of building a new House, which would accommodate them.

And they went away.

The House waited for them to come for dinner and for breakfast too. But they had gone at all.
In the evening the cloud leaked, and it was raining hard. At first the House was happy that it would be clean, and it put different its flanks under the rain to bath them. 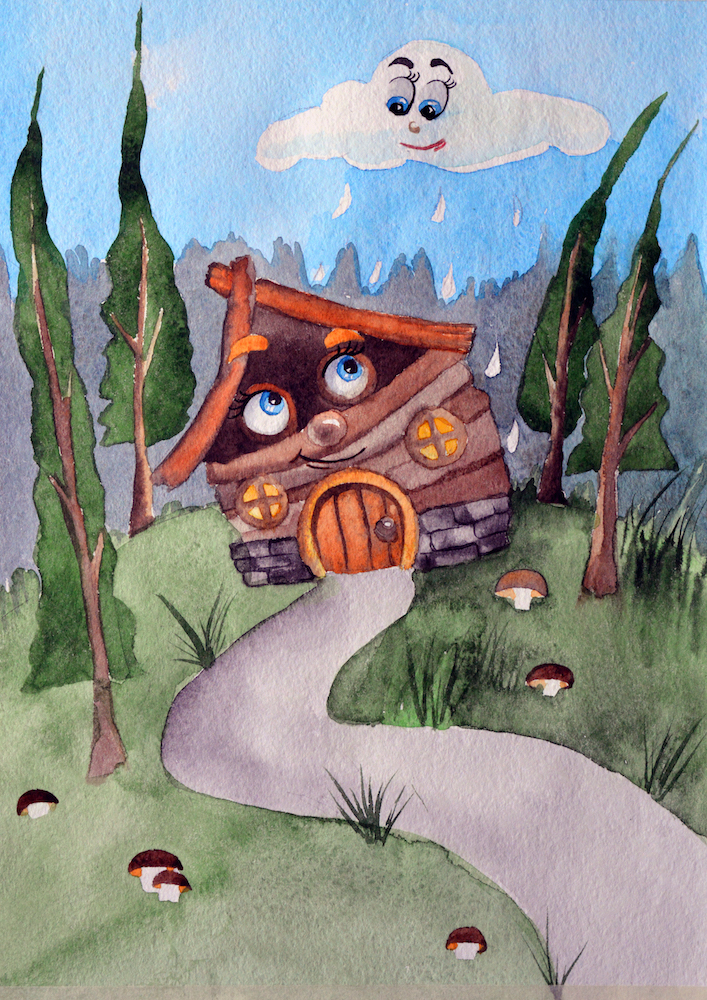 But a supernal Master lost a needle for sewing up the cloud flank and went to look for it to other Blue Land, and it was raining and raining from the cloud.
The House was sad, it got wet and became a little frozen. It wanted to burst into tears but then remembered the stories, the merriest Giant-Midget told, and it remembered too that you can reach a big green hill on which the Sun always shines if you walk down a sand path for a long-long time.

And a magic flower grows on the hill- if you pick it and give it as a present to your friend, next day a new flower will grow in the same place. The name of this flower- a Golden Tulip.

You can see an endless blue sea from the top of the hill. The little frogs live down the hill. They like having fun and swimming in the sea.

Then the House decided that he would go and look for the sandy path and the big green hill while its green meadow is not a bog yet.