The words of old Sorceress have sunk a hook deep into friends’ hearts. They could not even think that for someone the most important work in the world was to keep roads and return travelers home.

– It’s settled! – Said House Number Six. – Together we will go to young Sorceress, and we will decide how we will make our wishes come true.

House Number Six was very kind and hospitable, therefore, without a moment’s hesitation, he continued:

– Come inside. I have the most delicious raspberry jam, and since Giants-Lilliputians have become Lilliputians-Giants they could also fit Mouse’s favorite table.

Old Sorceress and six Lilliputians-Giants happily went into House. Owl sat on the roof to show the way to House. From above you can always see better than from the ground. 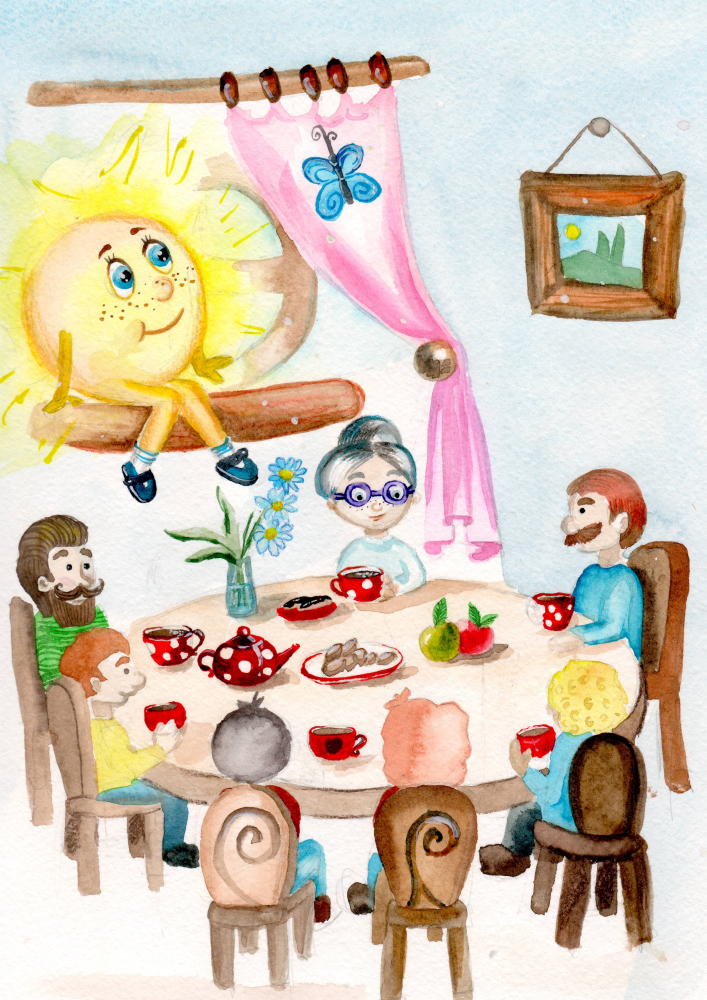 Time flew while they were talking. Inside House it was so warm and cozy that even Sunny was sitting with the friends on the windowsill. Lilliputians couldn’t get used to their new height – they were touching porcelain cups and saucers very cautiously. More than anything they liked to knock lightly on a cup with a small spoon while stirring sugar. Owl was far away on the roof, and old Sorceress just smiled without making any comments.

Suddenly House Number Six stopped dead. Friends were worried and rushed outside. What opened to their eyes was impossible to imagine even in the wildest dreams: the border of two countries was sparkling with a pearly rainbow. On a small hill there stood a beautiful stone house. Apple-tree orchard was like a fancy labyrinth covered with a veil of blooming trees petals, above which fluttered butterflies – large and small, in flocks and singly.

Young Sorceress was walking in the garden. Her beautiful dress touched bright green grass, and from far away it seemed like she was also floating on a cloud of petals and colored wings. 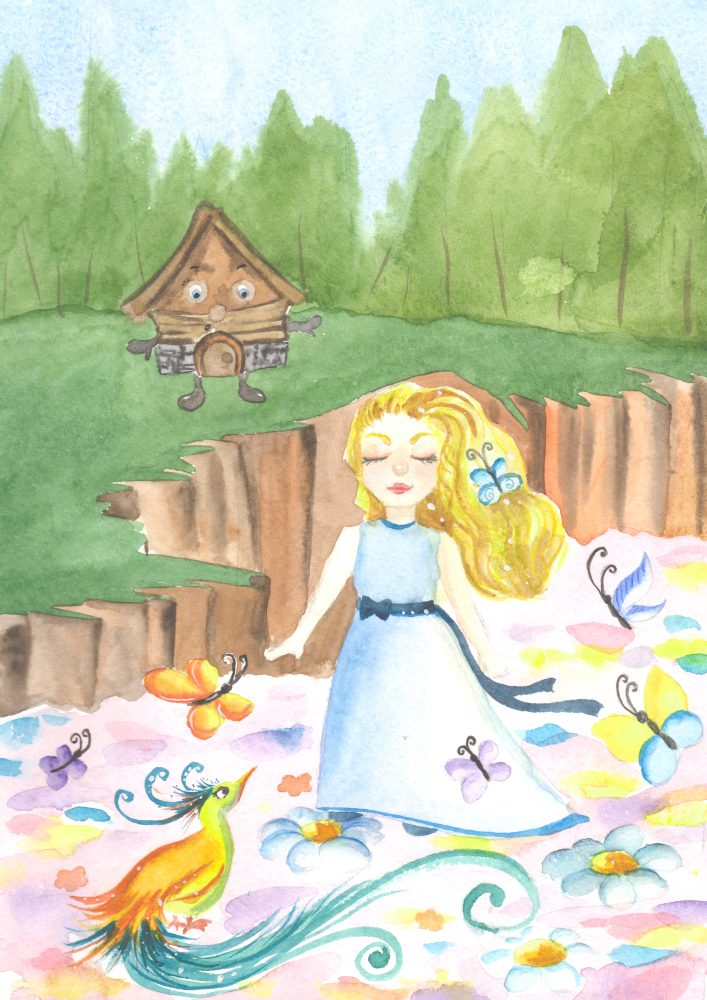 Lilliputians-Giants froze in admiration. Old Sorceress smiled happily. Wise Owl flew forward to tell the friends’ story and the reason why they traveled this way from Magic Forest to the border of the two countries.

Young Sorceress was very delighted to meet the guests, especially House Number Six. After all, thanks to his kind heart everyone who was near him felt warm and calm. She listened to stories of Lilliputians-Giants, and Mouse and Gnome, who had set off to the Ocean, and Sleepyhead Sunny, and Old Dwarf ..

She offered travelers to take a break from the road, and in the morning they would arrange a real Council to listen again to all the hearts’ desires.

Young Sorceress laughed heartily. From her iridescent laughter the sun lights hiding in her hair fluttered and spun around like golden pollen of a magical tulip. At this moment, House Number Six acutely felt how much he missed Mouse and Gnome.

Young Sorceress said: “And I dream to see Magic Forest, play with Hedgehog, help Bear in his preparation for winter, walk through centuries-old trees, and settle in each, even the smallest hole, a small sunbeam bunny, so that the inhabitants never lost their hearts and always believed that their dreams would come true”.